I bought the latest issue of Forks Over Knives magazine because I need some inspiration around here.  I'm dancing a ton (and it's awesome) but I'm not in the mood to cook.  I took today off from work to help the situation. I flip through the magazine and a soup recipe catches my eye.  Yum, I think, I'll make that today.

I realize I don't have two ingredients, no worries I think, I can substitute.

As I put in the ingredients, I realize I'm recreating this soup that I used to make all the time. Ha. (Sometime around the new year, I did review my blog and think I should make that soup again.)

Tonight, I made approximately this.

I used lasagna noodles and zucchini, but I made my own pasta sauce...

Sautee the veggies sauteed (onion, cauliflower, zucchini, and kale) for about 10 -12 minutes.  Then add tomato paste (7 oz.) and garlic and good for another couple minutes.  Next add water 4-6 cups, and a veggie bouillon cube (or 2), some more tomato sauce (most of a big jar --24 oz.) + oregano, basil, and chili flakes. Bring to a boil.

Add broken lasagna noodles -- my box said to boil for 4 minutes and then bake for 50 minutes.  I boiled them in the soup for about 15-20 minutes.

Yum.  Super easy. (That might be a pun; one that I may have made before.)  No picture, I'll try to get one next time. 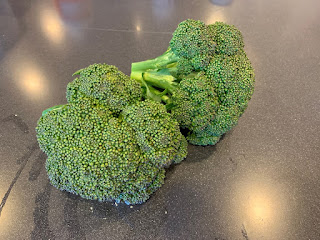 Probably my favorite plant.
Posted by JeF at 7:00 AM No comments: 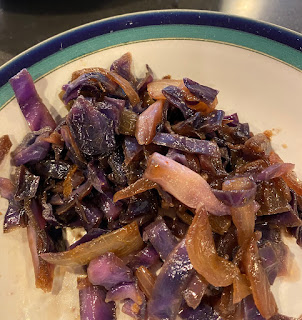 I made the quinoa salad with purple cabbage for Christmas Eve and my goal was to use up the whole cabbage because I usually don't (when I make that salad) and I feel bad tossing the cabbage (after it sits in my refrigerator and becomes a new life form).

With this motivation, I cut it all up -- I had a lot, it was a big cabbage.  I decided to stir fry it with an onion in olive oil.  Then I added a little ginger (1/4 teaspoon), garlic (1 teaspoon of dried), soy sauce, and sriracha.  OMG it was good.  We made this 2 or 3 more times over Christmas break.  We like it on rice, on tortillas, and on sourdough bread.

Email ThisBlogThis!Share to TwitterShare to FacebookShare to Pinterest
Labels: dinner, EASY, good for you

Here we go again... Last year, work was super busy before Thanksgiving.  This year, it was super busy, and I mean SUPER busy until the Saturday before.  I am so burned out.  I love what I do, so I can get super excited about projects still, but my body is tired of sitting.  I need to work less.  I'm working on it.  Okay, but that's not what this post is about.

I am so thankful that I made this post last year!  I could have spent time planning for Thanksgiving earlier this week.  I only worked 8 hours this week--I took much needed vacation!  Watched bad tv with Nick, built a catio (look at the other blog for more info soon), worked out (pilates, tap, and a new format workout class), started reading a book for fun, planned part of a talk for next week, and that's about it.


Okay... here we go heading to the store with the help of our list from last year!  We're making not the extravagant tofu turkey this year, but we are doing our new fast version.  We're making stuffing but not stuffing the turkey. Last year, there was an unfortunate accident with the turkey made the first way.  Fortunately, no cat was harmed*, and we had turkey to eat. However, I decided it's not worth the difficulty to make the turkey first way.  We will have all the good stuff with the fast version, just none of the stress.


*I dropped our "turkey" as I was pulling it out of the oven to baste it... it almost landed on Buddy.  It was a huge mess. Sigh. I couldn't even write about it last year. I don't think we got a picture of the moment.  It wasn't really a moment I want to remember. I am sure other people have dropped turkeys and had other tragedies on Thanksgiving. I did get over it and we ate. We feasted. We were thankful.

More soon and hopefully pictures!
Posted by JeF at 8:59 AM No comments: 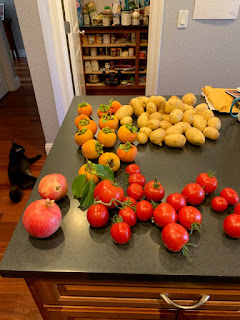 And now there are apples (tons) and way more persimmons and pomegranates.   Also basil.  We still are getting a ton and I'll make another huge batch of pesto soon.  (It freezes so well.)  And lemons and limes!  (Note, the cat wasn't harvested.)
Posted by JeF at 11:53 AM No comments:

Email ThisBlogThis!Share to TwitterShare to FacebookShare to Pinterest
Labels: local

It's been a while... remember me?  This year has been rough on the cooking and blogging front over here.  I'm working on it.

Today was a fun cooking day!  I found https://dreenaburton.com/zucchini-fritters/ and made them!  I had a HUGE zucchini and I needed inspiration.  Fritters were perfect! I played around with the spice.  I don't have dill so I stuck in garlic powder, onion powder, oregano, and chili flakes.  Yum.  I will try dill someday.  (Um, I might be a little scared of it.)

It felt like it was hard to get these fritters to cook because there was so much moisture in the zucchini. I couldn't tell if it was gooey under cooked or gooey moist.  I ended up using my sacred scanpan and then sticking the fritters in the oven on convection for a while.  Maybe I needed more flour?  Not sure.  (I have an idea for next time; I'll report back.)

Note: I must have cooked them enough because we ate a lot and everyone is okay.  (I had 10 cups of shredded zucchini and now only a few fritters left.)

I also made a roasted zucchini hummus.  Same as the raw recipe, just roast for an hour or so, (don't peel). Earlier this summer, I roasted two zucchinis and then froze them.  I hoped that they would be okay in hummus.  Today, I learned they were!  (Whew!  Good to know.)

I'm now making spaghetti sauce.  Nat wants to make a baked pasta so I made a LOT.  I might get to pictures.  Oh! Last night, we made vegan sushi. I'm trying to get back into the cooking mode.

This summer, we spent a lot of time on the east coast, far away from my kitchen.  While we ate at some fabulous places that were vegan or vegan-friendly, I feel very out of the groove of cooking.  I'll have to make a list. I won't bee able to do much more than a list because I didn't get many pictures.

What else?  I could talk about working out.  I never slowed down on the dancing so tap still feels good.  I'll have to devote a post to that sometime soon, but don't feel like it now so I'll say, that's it for now.  More soon, if possible, or in 3 months (on Holiday break) if it gets crazy!

She likes it green! 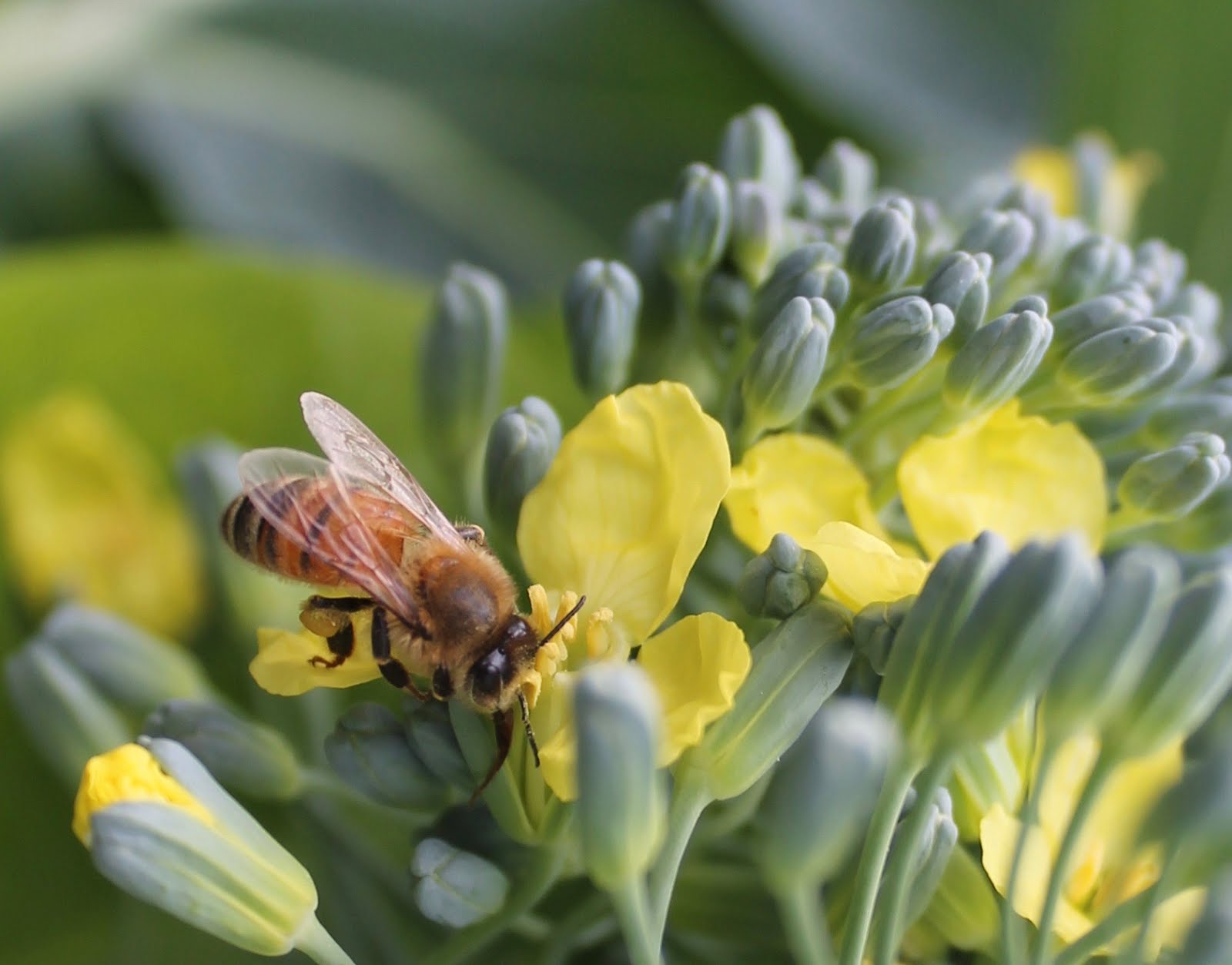